Siamese Cat History. How Much Do We Know?

Mmm, history. I was never that keen on history at school. All those dates and battles! But Siamese cat history makes much more interesting reading.

Where did the Siamese cat originate? There are theories suggesting that the breed came from ancient Egypt, and certainly its body shape is similar to pictures of Bast, the Egyptian cat goddess. But there's no actual proof that they came from Egypt.

What About the Siamese Cat History Books?

What history does tell us is that they're one of the oldest recorded cat breeds and that ancestors of today's cats were found in the kingdom of Siam (now Thailand), which is where they got their name. 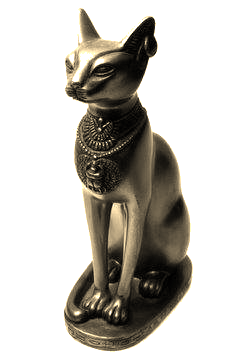 The Royal Cats of Siam

Much of Siamese cat history is lost in the mists of time, but records found in Thailand, dating from the 1600s, confirm that Siamese cats existed then and that they were very highly prized pets.

Only royalty or noblemen were allowed to own them, and their cats had a special role to play in palace and temple life as spirit guardians.

When someone important died, a cat from their household was chosen to receive and house their soul. This lucky cat spent the rest of its life in luxury, pampered and cared for by temple priests.

(I very much suspect that this is why our Meezers today expect their every wish to be granted!)

The dead person's family paid for the cat's upkeep, as they believed this would bring their loved one good luck in the afterlife. It's also said that the cats may have been 'watch cats', alerting the priests with their cries if strangers were around.

There are some lovely Siamese cat legends arising from this time in the palaces and temples.

These include lions and monkeys, goblets and ring stands, and the (most likely mythical) story of how the Siamese cat got its kinked tail and crossed eyes.

There are conflicting reports about exactly when the breed first arrived in England and the United States, but all records point to the late 1870s or early 1880s.

Among the early cats to get to England were a pair brought from Thailand by Sir Edward Blencowe Gould, who was at that time the Consul-General in Bangkok.

A member of the Thai Royal family (possibly even the King himself) gave Sir Edward a pair of Siamese cats, which he in turn gave to his sister Lilian Veley.

These cats, named Pho and Mia, and three of their kittens were shown at the Crystal Palace Exhibition (an early cat show) in the mid-1880s.

Mrs. Veley became a co-founder of the Siamese Cat Club (one of the first cat registries in the UK) and an early member of the Governing Council of the Cat Fancy (GCCF), which was formed from the merger of a number of different breed registries.

One of the first Siamese cats to appear in the USA arrived early in 1879.

This little female, appropriately called (or nicknamed) Siam, was a gift to President Rutherford B. Hayes and made herself quite at home with the First Family, becoming the forerunner of several famous Siamese cats to grace the White House.

You can see the original letter about Siam, sent from Bangkok by David Sickels, a US diplomat, to First Lady Lucy Hayes on the Rutherford B. Hayes Presidential Center website.﻿

Siam, who was described as 'mahogany-colored' so she must have been a seal point, survived what was then a two-month journey from Thailand to the United States.

She was much-loved by everyone but became ill after only nine months in the country, and sadly, even the best veterinary attention available at the time was unable to save her.

Her memory lives on in the official archives, though, and she was succeeded in time by other White House 'Royal' Siamese cats, including Misty Malarkey Yin Yang, owned by President Jimmy Carter's daughter Amy, and Shan Shein, who belonged to President Gerald Ford's daughter Susan. 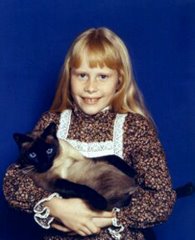 From their origins in Siam, through the early history of Siamese cats in the West to their present day fame, their popularity has grown steadily.

It probably reached a peak in the 1950s and 1960s (even turning up in the music of the time) but they're still known and loved all over the world.

"You used to ride on the chrome horse with your diplomat,
who carried on his shoulder a Siamese cat"

As well as being mentioned in a line from Bob Dylan's classic song 'Like a Rolling Stone' Siamese cats have starred in novels, short stories, autobiographies, TV programmes, films and cartoons.

You May Also Enjoy