The combination of a Siamese coat and point pattern with tabby markings gives you beautiful, pale-bodied, pointed cats with tabby-striped points in any one of the breed's main point colors. 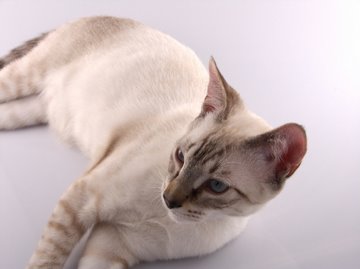 Tabby cats get their markings from the presence of the agouti gene, in conjunction with other genes that give a tabby either a striped, spotted or mottled pattern.

The particular gene responsible for producing the striped coat pattern is called the 'mackerel' gene, presumably because it gives a cat mackerel-like stripes.

It also gives the striped tabby a distinctive 'M'-shaped marking on his forehead, which you can also see on the wild European lynx, below. 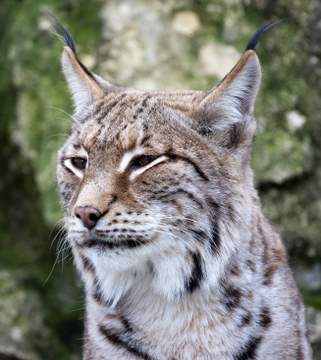 No such thing as a Lynx Point Siamese?

Technically, there's really no such thing as a 'Lynx Point Siamese' cat. This is because the American Cat Fanciers' Association refers to a Siamese-type cat with lynx markings as a Lynx ColorPoint Shorthair.

Confusingly, the Governing Council of the Cat Fancy in the UK calls the same kind of cat a Tabby Point Siamese.

So a Lynx ColorPoint Shorthair is, in fact, the same as a Tabby Point Siamese? Yes - it's a question of same cat, different words.

The GCCF lists ten types of Tabby Point – the six listed above, plus Cinnamon, Caramel, Fawn and Apricot.

Lynx Points are friendly, active and vocal (although some breeders say they're not quite as vocal as their solid point cousins). They enjoy playing games and get along well with people and other pets.

They also seem to have inherited the Siamese trait for longevity, with a reported average lifespan of 15-20 years.

Find out more about lynx points in these questions and stories from our visitors.

Mr. Leo
We adopted Mr. Leo from a Siamese cat lover who breeds Siamese. I went to the breeder with the intention of adopting a Siamese for me and for my boyfriend, …

Our Little Lynx Point Siamese
Seven years ago my family rescued a beautiful Siamese cat. She was severely abused by her owners and they left her at a pet boarding place claiming they …

Watt ... A Cat!
I never actually wanted a Siamese cat. My grandmother was a breeder and I always had not-so-fond memories of them - they had all the possible bad Siamese …

A "Snowy" Blessing
Meet our little fur-ball, Snowy. He is eight months old, a Siamese seal/lynx point cross, and although he thinks he’s Mufasa the Lion King, he sneaks a …

Sophie and SGT Pepper
I recently adopted these two feral kitties from a friend who was diagnosed with cancer. They are brother and sister, and are about eight months old. I …

Cry Baby, My Lynx Point Siamese
Cry Baby is half Domestic Shorthair (tortie) and half Siamese. Her father is one of the feral cats that live in the local transportation center. The entire …

Is Charlie a Tabby Point Siamese?
This is my kitten Charlie with her mum Tigerlily, who I adopted from the local shelter. As you can see, mum is a Mackerel Tabby, but is Charlie part Siamese? …

Leo The Lynx
When I was growing up my parents would never let me have a cat. My dad claimed to be allergic and my mom just didn't like them. When I finally moved out …

What Color Is This Little Guy?
I am wondering what color this little Lynx Point might be. I originally thought it was a Blue Point (I grew up with Korats) but now his tips are much …

I'm Darla - What Kind of Lynx Point Siamese Am I?
We acquired Darla from our son. He found Darla on the side of the road one night abandoned. He would have liked to have kept her but both he and his …

What Breed Do I Look Like?
About nine months ago I found Gypsy at the Humane Society, she was found as a stray. She looked quite different from other cats as well as her personality. …

All The Siamese Colors 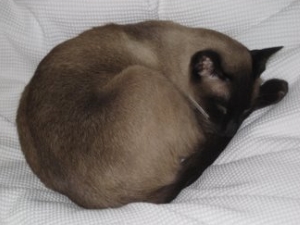 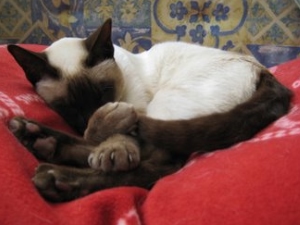 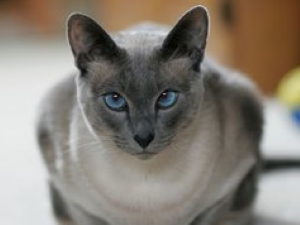 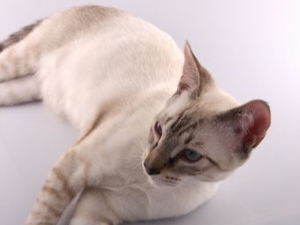 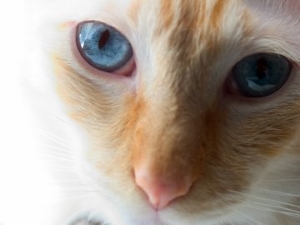